I am playing Simpsons Tapped out and based on the data at the Simpsons Wiki, I confirmed a suspicion I had for some time. The houses in Springfield are setup so that the houses that give you income at a higher frequency also give you the highest hourly income rate (see figure 1). This means that the more often you have to tap on a house, the higher your hourly income. You are being rewarded for wasting your time in this game.

I was also interested in when houses break even. There is a dramatic difference and in terms of the time it takes and the number of taps you have to do. Remember, that some houses require you to tap them every few seconds. I consider the blue house as the best investment. It is cheap, gives you a decent amount of income and you you do not have to tap it too often. Moreover, you can squeeze exactly eight houses in one square. The purple house is the next best choice if you play more frequently and have the energy to tap the house every three hours.

Here is a screenshot of my setup. 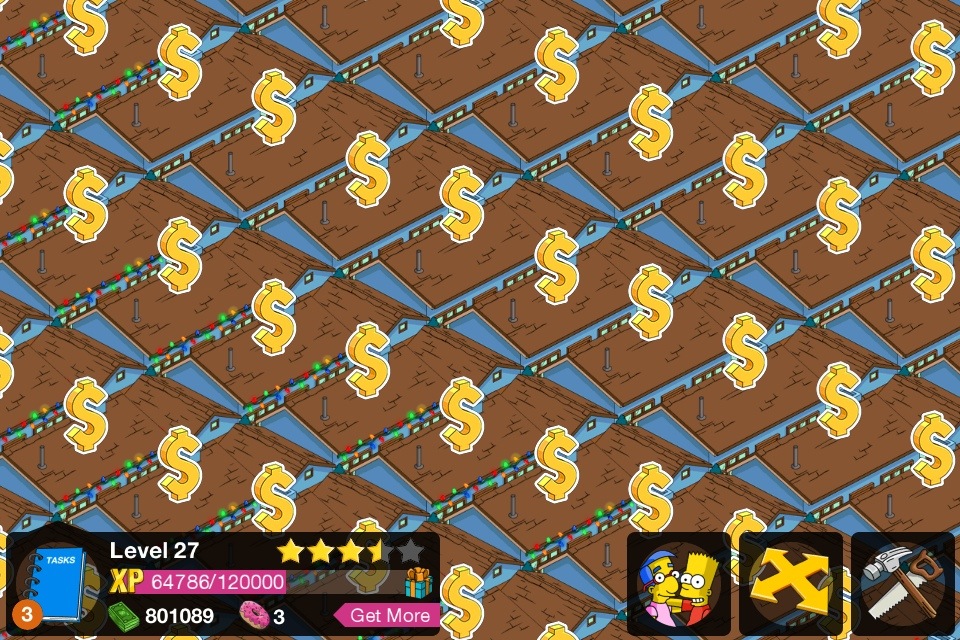