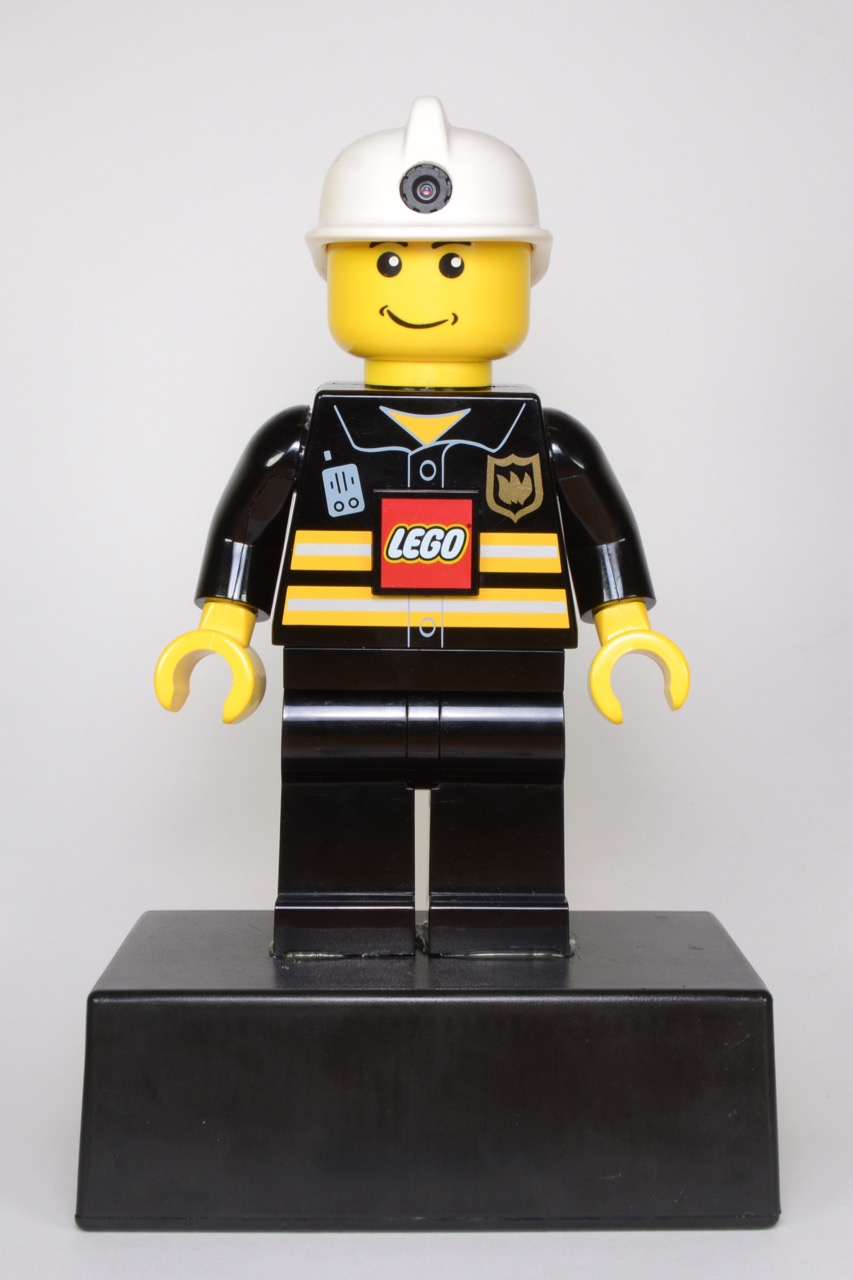 We build a new LEGO robot based on the popular LEGO flash lights. We use custom made 3D printed parts to put small servo motors into its head, chest, arms and legs. The robot has six degrees of freedom. In addition we embedded a camera, microphone and speakers into the robot. The robot is controlled through an Arduino micro-controller. We used The Robot Engine to create animations for the robot and to design interactions with users. The paper will be presented at the Ro-Man2015 conference in Kobe.

Here are some useful resources for you if you intend to build a similar robot:

The credit for this robot go to: