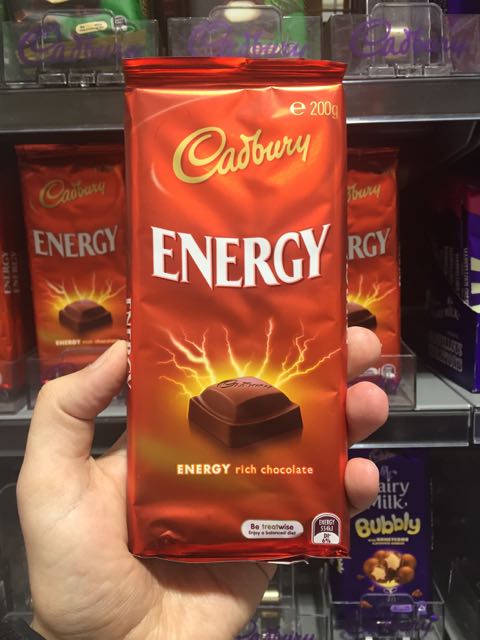 Many products are being sold that are suppose to increase your energy. Unless your food is completely indigestible, this will always be true. Food by definition has calories which provide you with energy. But food manufactures have moved on and this trivial definition of energy is rarely used. These days energy food typically contains Caffeine. In particular energy drinks, such as Red Bull, Mother and V contain a considerable dose.

Cadbury is selling a chocolate bar called “Energy” and while I was not expecting anything as good as Methamphetamin in it, as it was done during the Second World War, I hoped that there would be at least a grain of truth in their advertisement. The ingredients list did not reveal anything that would suggest “energy”. The only thing I learned from looking up the ingredients on their web page is that there is a problem with their SSL certificate. Maybe they are trying to hide this product? 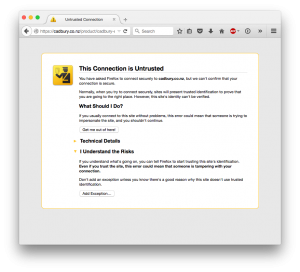 I contacted Cadbury and ask them about their secret energy ingredient and in an email they informed me that their Energy bar chocolate is a New Zealand specific brand and in 1936 they used its calorie value to justify its title. It contains 2200kJ per 100 gr. Their own Dairy Milk Chocolate contains 40kj more: 2240kj. Cadbury Dream even contains 2350kJ.

The time in which a high calorie value is a sales argument has long passed. These days we are interested in reducing our calorie intake. The Cadbury Energy Chocolate is a scam. It does not contain anything above what a regular chocolate bar contains. It even has less energy than their regular milk chocolate.