I recorded a new episode of the Human-Robot Interaction Podcast:

Autonomous Vehicles – Do We Really Know The Risks?

Autonomous Vehicles (AV) are the riskiest form of human-robot interaction. One the one hand they offer unparalleled improvements to the safety and comfort of drivers, passengers and other traffic participants. They also promise to reduce emission. On the other hand, they demand new considerations for trust and responsibilities in human-robot interaction. The field of tension between autonomy, trust and liability can only be manoeuvred on the basis of objective data. Government agencies will have to implement clear obligations and standards for reporting the performances of AVs. This is the only way for consumers to make informed decisions about their purchases and the associated risks. In this podcast episode we will critically review the available data, the market situation and the recent developments.

Once you typed on a mechanical keyboard, you never want to go back to the stock rubber dome keyboards that come with most computers. And I am not even a gamer. I just spend a lot of time in front of computers. Even Logitech has entered the mechanical keyboard market aside from gaming with their MX Mechanical. It has become its own hobby, with enthusiast spending many hours on selecting, assembling, modifying keyboards. It is another rabbit hole. “How deep?” you ask? Just check out these YouTube Channels.

Instead of spending my own thousands of dollars, I decided I should rather eatable you to do it for me. So here we go, a list of my favourite keyboards. I have settled on the 75% form factor as the most suitable for me. 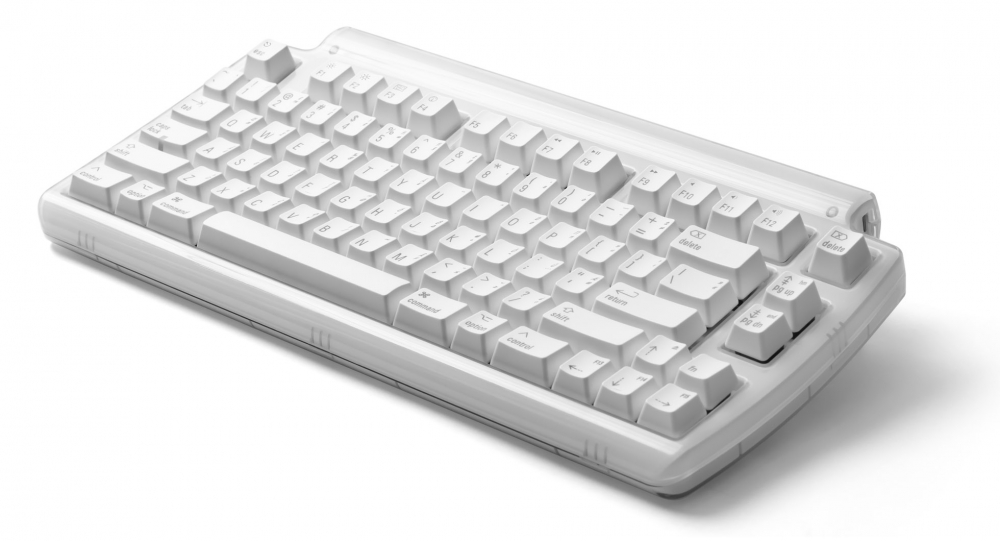 This Matias Mini keyboard is heavily inspired by the good old Mac keyboards and it is one of the fews that have Alps switches. END_OF_DOCUMENT_TOKEN_TO_BE_REPLACED

I am happy to announce a new episode of the Human-Robot Interaction Podcast:

Emotions And Consciousness In Robots

In the last HRI podcast episode we talked about the role of emotions for humans and robots. The interview with Douglas Campbell truly inspired me and there was not enough time in the last episode to go into the full depth of our conversation. So here it is, our full discussion about emotions and consciousness in robots.

We are still waiting for Able Mable

Predicting is hard, in particular when it is about the future. In 1966 the BBC predicted that it would take 1 million pound and ten years to create the Able Mable. She is capable of letting his lordship in, do all the household chores, and walk the dog.

56 years later our robots look different, but we still promise that their deployment is just around the corner. Just a few more years and we will have our robotic paradise. Some things change, other do not. I wonder if there was person inside the Able Mable robot to move the arms.

AI is making progress. The GPT-3 language model has been heralded to be the next big thing. Some creative people at Latitude use it to create dynamic text adventure games called Dungeon AI. Sounds like a great idea. So I gave it a try. Problem is, AI is still completely ignorant to common sense. You can write whatever you want, also nonsense. AI cannot tell the different.

During my short interaction with this AI I turned myself from and android into a chicken. I moved from a space ship to an office to chicken coop. All within the same story. It is scary how bad GPT-3 is.

Here is the transcript of my little interaction with the AI: