Converting a 3D STL file to a LEGO model.

It has been some time since I designed this large scale model of a Yellow-Eyed Penguin for the Pop-Up Penguin exhibition. The model is 168cm tall and consist of approximately 60,000 LEGO bricks. 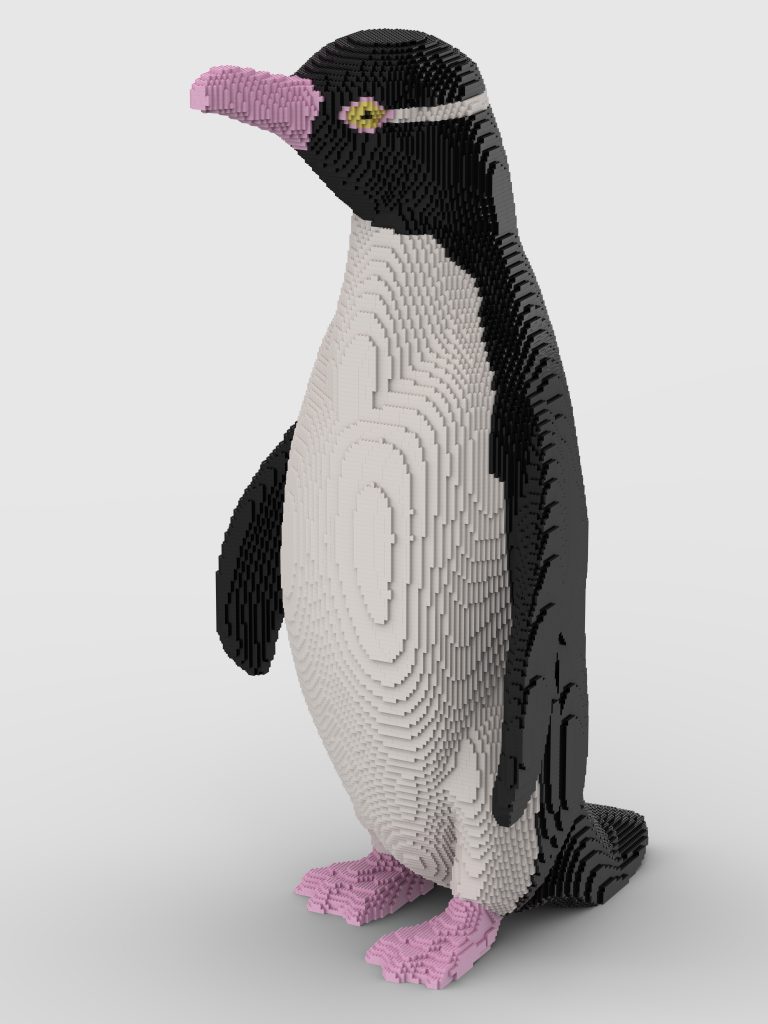 The organiser of the exhibition sent me the STL file of their fibre-glass penguin. I then used the brickplicator software to convert the 3D STL model into a LEGO 3D model that can be build. Since this was a very large model, Gerrit helped me a bit with the conversion. I then imported the model into Stud.io and rendered the model.

This does seem like a good workflow to convert existing 3D models of animals or any organic form, to LEGO models.

The LEGO bricks are precisely designed to fit perfectly together. There is a 0.2mm gap between bricks next to each other. The gap between two bricks stacked on top of each depends on how careful to pressed them down. Of course there are several websites that show you the exact measurements, but some of them were a bit confusing or even broken.

I enjoy working in 3D so I used Fusion 360 to create this technical drawing of the LEGO Brick. You can download the model over at GrabCAD and the PDF file from here.

This plate is 1/3 of the height of a normal brick. You can download the model at GrabCAD and the the PDF file from here.

The technic bricks have a hole in the side for pin connectors or axles to go through. I had to cut open a brick to get the exact design of the inside tubes right. The model is available at GrabCAD and the PDF file from here. 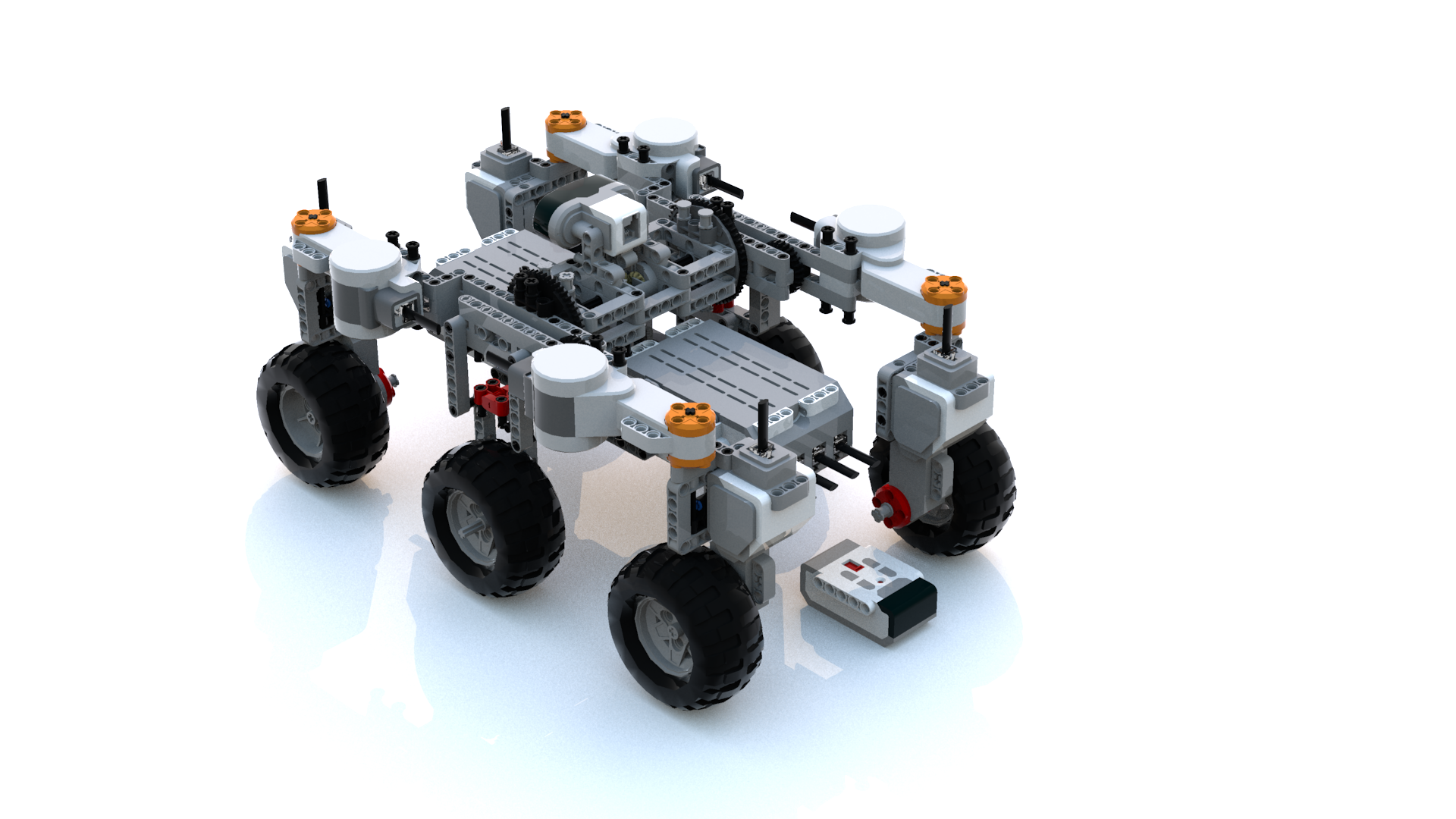 This is simple Mars Rover model using two LEGO Mindstorms EV3 and a total of eight motors. The two EV3 are daisy chained and the model can be controlled using the EV3 IR Remote Control. The model uses the rocker-bogie suspension system including a differential in the middle axis. The two EV3s are suspended and remain horizontal in any position. There are much more complex Mars Rover models already available using many more Mindstorm bricks. My design goal was to keep it simple and experiment with the rocker-bogie suspension system. The principles works, but there is a bit too much flexibility in the model.

Bricklink’s Stud.io software for building virtual LEGO models now support Sketchfab. You can upload your model directly from Stud.io to their website and then embed it into your web page. I used my 8230 Policy Buggy model to test the system.

It is still difficult to rotate heavy objects with LEGO and hence I designed an ultra compact LEGO compatible ball bearing. it is only 6 studs wide and two studs high. I also added two lift arms. You can put a worm wheel in there to rotate the turn table. The 3D model is available for download from Autodesk. You may need Fusion 360 to work with the model.

This ball bearing is so small that you need a very high resolution printer to get good results. Some of the wall thicknesses could be to small to get printed on low quality printers. I will now be working on a slightly bigger version that can be printed on more affordable printers.